As noted in the previous post, the fake (i.e. company-based, non-independent) union was called the FEDERATION OF SCREEN CARTOONISTS and was formed collaboratively Between Disney’s vice president/head lawyer Gunther Lessing, and top animator Art Babbitt.  Executive officers include president Art Babbitt.  Lessing initially insisted it act as a loosely knit social organization rather than a bona-fide union. 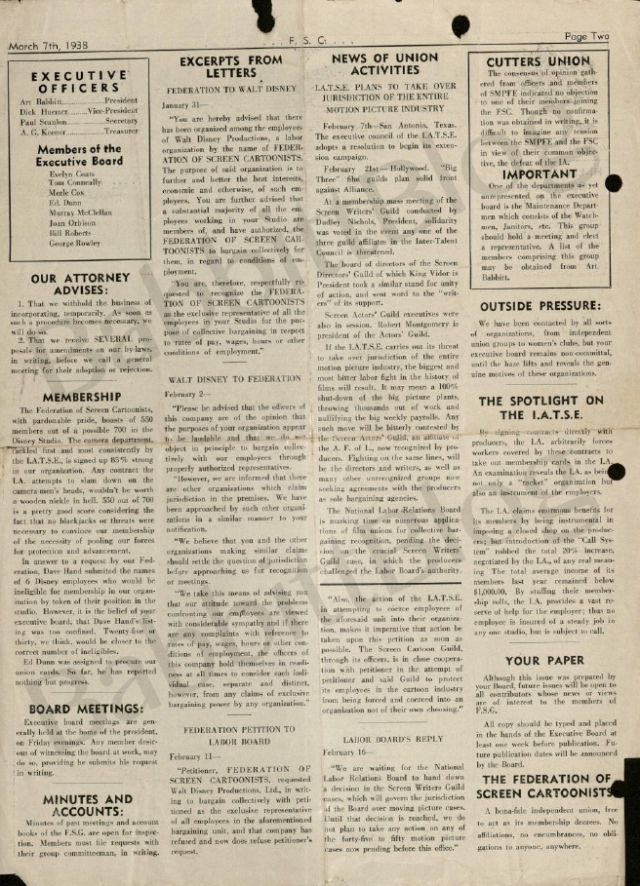 The first bulletin of the Federation

In July 1939, the National Labor Relations Board in Washington, D.C. designated the Federation as the sole union for Walt Disney Productions.  The meeting location noted in this bulletin is Babbitt’s personal home address. 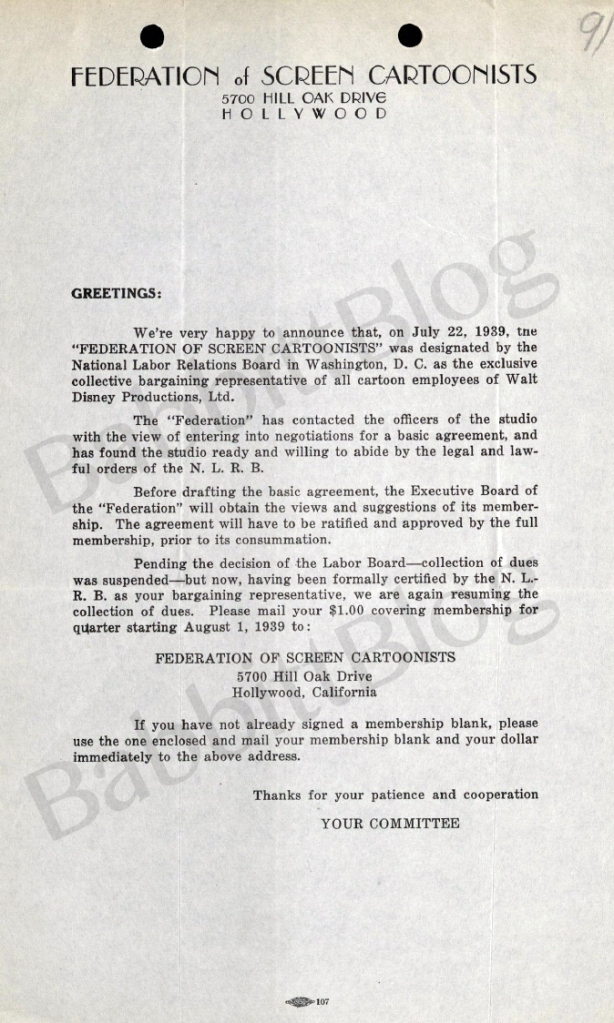 By the fall of 1939, the FEDERATION has an election for new officials.  Disney cartoon director Bill Roberts is now president (while Babbitt is vice president), and the Federation is calling itself “A bona-fide independent union.” 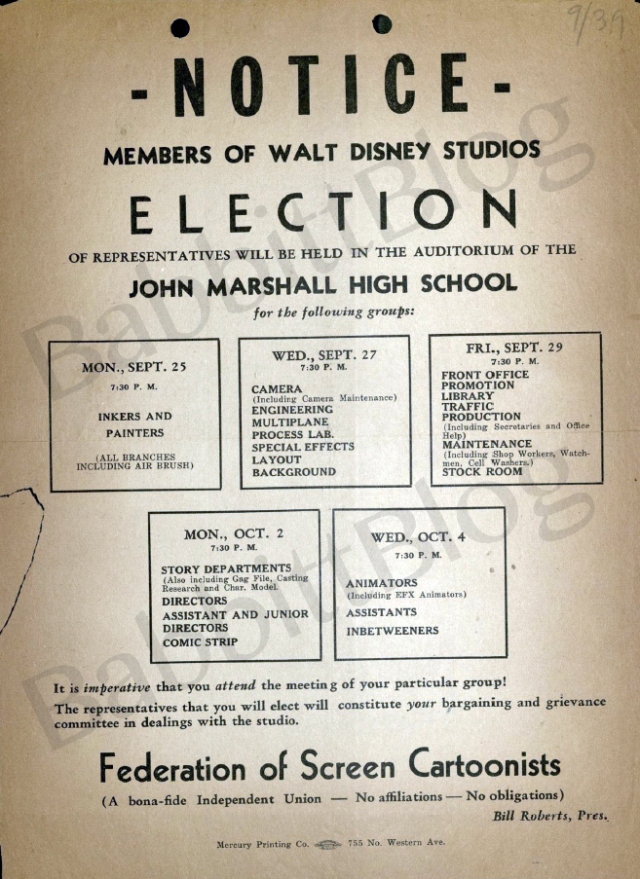 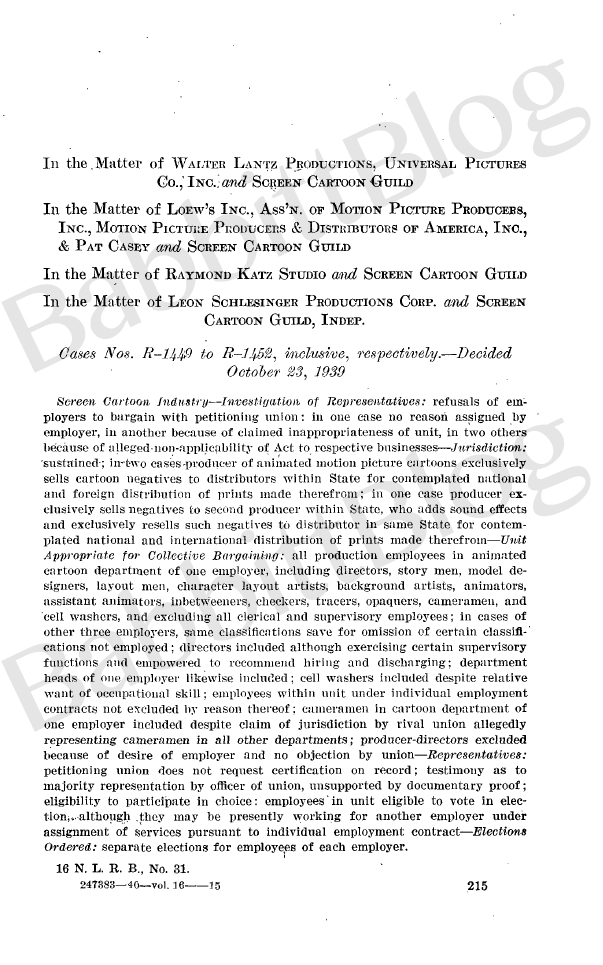 By January 16, 1941, the GUILD is targeting Disney employees, handing out leaflets like this one, and holding an information session at a nearby hotel.

By the end of January 1941, the FEDERATION‘s attorney, Anthony O’Rourke, sets in place an “impartial machine” (i.e. guaranteed system of impartiality). It’s a tactic to win more supporters.  This memo reminds the reader that the Federation was lawfully designated Disney’s sole union. 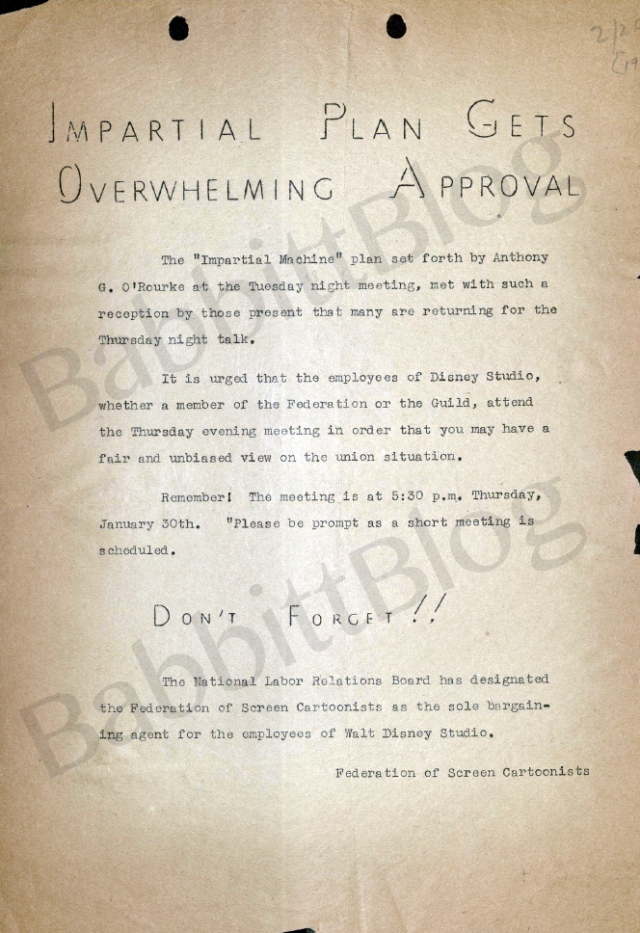 A bulletin for January 30, 1941’s Thursday meeting of the FEDERATION. 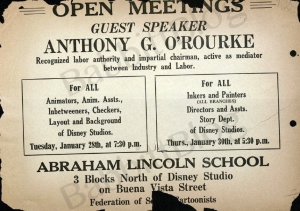 Even if you have already signed up for the Guild, simply signing this pledge card for the FEDERATION will revoke your Guild membership. Easy as pie!

This entry was posted in 1932-1941: Disney Glory Days, 1941: The Disney Strike, miscellaneous. Bookmark the permalink.