Babbitt’s Footage of the 1938 Oscars 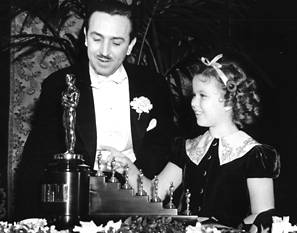 Walt and Shirley Temple at the 1939 Oscars the next year

The 10th Academy Awards was a unique event for the Disney Studios: Snow White and the Seven Dwarfs received a nomination for best score, and The Old Mill won for best animated short. It was March 10th, 1938 at the Biltmore Hotel (a week late due to flooding), and Art Babbitt was there with his young wife Marge, a 16mm camera and a roll of COLOR film.

The Academy is proud to present:

5 Responses to Babbitt’s Footage of the 1938 Oscars