This Goofy scene from Mickey’s Amateurs (1937) was animated by Art with live reference (a technique he developed), and it happens to be one of my favorite bits of animation ever.  I remember seeing it as a little kid back when the Disney Channel showed actual cartoons, and I loved – loved – how wacky and fast-paced it was.  There’s so much alive in this piece.  Everything is moving all the time!

There’s not a lot of classic Disney animation that can rival the zaniness of Bugs Bunny or Daffy Duck.  This not only rivals it, but surpasses it for two-and-a-half beautiful minutes.

As a matter of fact, Art’s brother Ike Babbitt was an actual professional One-Man-Band.  It is known that Art was contributing ideas to story meetings at this time, and I wouldn’t be surprised if this piece of animation was directly inspired by Ike. 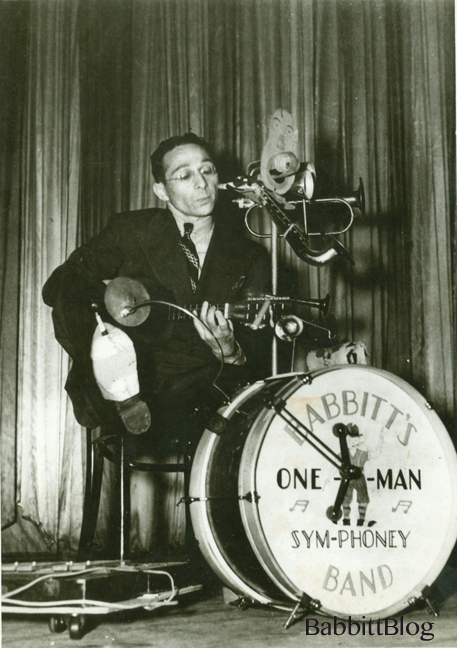 As a bit of Disney trivia, the voice of Goofy, Pinto Colvig, who played clarinet as a professional circus clown, had organized a huge company marching band at the Disney studio in the 1930s, and Art was the mandolin player.  This animated sequence might have been inspired by Colvig’s tumultuous and eventually fruitless efforts to make something of this unwieldy band.  (Fact:  it pissed Walt off and he fired Colvig during the making of Snow White.  But that’s another story!)