Young Marjorie Belcher was the model for Snow White when she met Art Babbitt as a teenager.  They started courting when she was 17 and he was 28.  They married in August of ’37, when he was 29 but she was still some weeks short of 18 (her birthday is September 2nd).  Marriage licenses below: 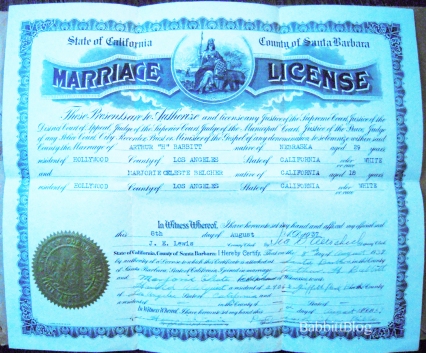 This big marriage license is dated Sunday, August 8th, and incorrectly lists Marge’s age as 18.  The smaller license on the right is dated Tuesday, August 17th.  Babbitt had spent much of his twenties lying about his age to appear older – my guess is he put Marge up to bending the truth in this case. 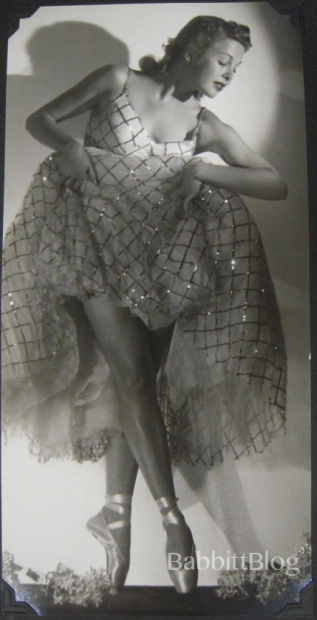 There are quite a few more glamor shots of the lovely Marge Belcher that Art preciously saved in his personal files over the years.  However, they will have to wait for another day.