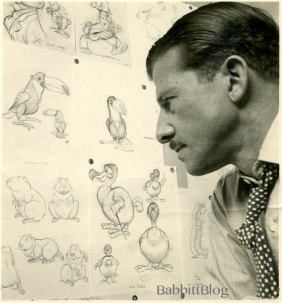 Soon after he left Disney in January of 1947, Art Babbitt got a job as character designer with Lou Bunin on his 1949 film version of Alice in Wonderland (eventually released in 1951).  It was to be a live-action actress as Alice and a stop-motion cast of Wonderland creatures.  Apparently Bunin had been fired from MGM studios for being a communist sympathizer – sympathetic company for a shunned strike leader such as Babbitt!

Things didn’t turn out so well for Bunin’s completed movie, which faced law suits from Disney and was buried under Disney publicity.

These never-before-seen character sketches were inspiration for the stop-motion puppet builders.  They have been yellowed with time and paste, but Babbitt’s drawing versatility is evident among them.  This project was produced in Babbitt’s interim between storybook-like Disney studios and the über-stylized UPA studios, and these drawings represent top skill in both those categories. 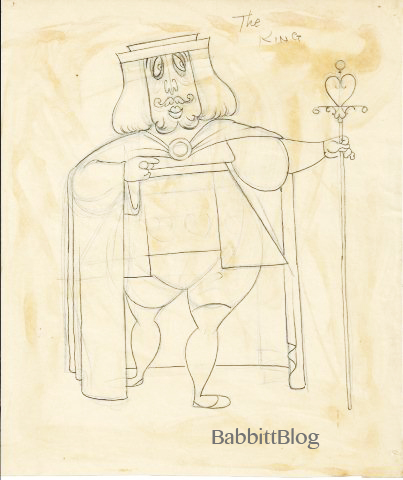 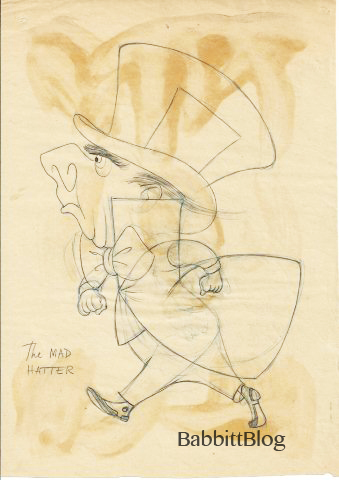