This Year’s Books and Docs on Disney’s Golden Age

This year alone has seen the release of so many great works on Disney history.  Let’s take a look at some of the standouts!

Behind the Magic: Snow White, produced for ABC

How could I not start with this?  Besides being a featured contributor to this documentary that aired on ABC this month, I found this to be an entertaining way to “relive” some of Walt’s earliest experiences.  With esteemed historians in both animation and folklore, plus reenactments of key moments in the development of he first cartoon feature, this doc has something for everyone.   … Don’t believe me? watch it HERE on Hulu. (Did I mention I was in it?) 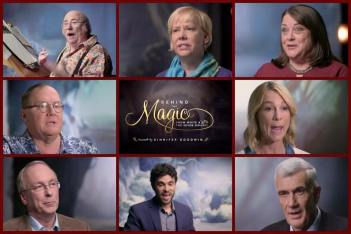 Before Ever After: The Lost Lectures of Walt Disney’s Animation Studio, by Don Hahn and Tracey Miller-Zarneke

Modern-day Disney legend Don Hahn knows how a Disney storyteller thinks.  Come on, the man produced Beauty and the Beast and Lion King.  Like the rest of us, he uses is cognitive powers to travel back to the 1930s to try to figure out how those artists got so good so damn quickly.  This starts with a meaty chapter about the in-studio art school – and for the first time in print credits Babbitt’s role in that process (with some pictures and key details provided by yours truly and the Babbitt estate).  The bulk of this book is  hi-rez scans of meeting notes and typed lectures from those days.   There’s a lot of raw material here, and 90% of it is text – but you get to see what artists say in their own words AS they develop elements like timing, layout, and of course, character analysis (that’s Babbitt). 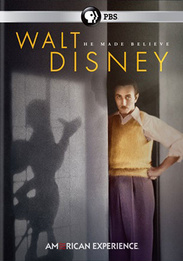 Now available on DVD, this two-part doc features incredible interviews from surviving Disney artists, and terrific raw footage from those days (some of which was provided by yours truly and the Babbitt estate – just sayin’). Part One concludes with the end of the Golden Age (i.e. the Strike) and Part Two ends with Walt’s passing.  I have heard complaints that there is too much conjecture in this doc about what Walt was feeling at any given time.  Personally I think that there’s a very fine line between that and presenting the facts in such a way as to let the audience make their own conjecture.  Given the time restraints – painting a man’s life in a single 2-part TV special – I think they did OK.  Best of all, for the first time on public television, you get to hear about Babbitt and his role in the studio (in the final 10 minutes of Part One).  This sets the stage for the visceral wage wars of the Disney Strike.

They Drew as They Pleased: The Hidden Art of Disney’s Golden Age, by Didier Ghez

Finally!  A Disney art book with 99% art!  Filled with pre-production renderings from concept scketches to storyboard drawings, this book is an inspiration for historians and artists alike.  I wish I had this book 15 years ago when I started to seriously work on honing my own drawing skills.  You can follow the pencil lines of these artists, while reading about their lives and oeuvre.  Albert Hurter, Ferdinand Horvath (friend of Babbitt), Gustaff Teneggren, and Bianco Majolie are all profiled here.  Included are words from the artists themselves via letters and personal documents.  I will have to present more on that at a later time, because there are some true gems here. 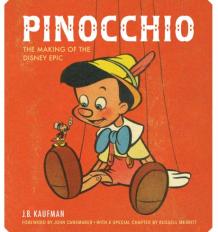 Pinocchio: The Making of the Disney Epic, by J.B. Kaufman

The Disney studio artists got their feet wet with Snow White.  For Pinocchio, they were at the top of their game and really started breaking the rules.  A glimpse through these pages gives an idea of the enormous amount of work and care that went into this movie.  While we’re speaking about percentages, about 30% of the pages are filled with spectacular art, including lush backgrounds, model sheets (my favorite!)  and photos of miniature models (like Pinocchio’s raft).   In between are anecdotes about the film’s development.  There’s a terrific section on Geppetto (Babbitt’s character) that I will have to discuss at a later time.

This entry was posted in 1932-1941: Disney Glory Days, 1941: The Disney Strike, Animation, Disney, Pinocchio, Snow White and the Seven Dwarfs. Bookmark the permalink.