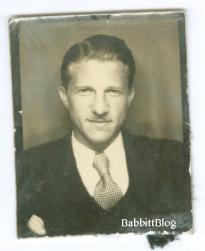 Film history has many great pioneers who were the first to try a new technique and elevate the entire medium.  In live action film, some of the most noted artists to do so are directors and actors.  In animation, it might be producers like Walt Disney.  But Walt hired a myriad of incredibly talented artists as his “actors”: the animators.  Many of them raised the bar in their artistry, but not a single one made such a diverse impact on the art and method of animation as Art Babbitt.

While still at at the Disney Studio, Babbitt developed FOUR methods that have since become standard in the industry: in-studio art classes, the technique called “Breaking the Joints,” character analysis, and live-action reference.

Late in 1932, after only being at the Disney Studio a few months, Babbitt decided to employ his life-drawing discipline that he had acquired in New York (in places like the Art Students League).  He gathered a few of his fellow trainees over at his place with a nude model for a drawing session, and little by little Walt caught on.  Thus the legendary art instructor Don Graham was hired to teach art classes inside the Disney studio.

When the annex was build opposite the original studio on Hyperion Avenue, one of its uses was to house the drawing classes. The animators cheekily christened it “The Don Graham Memorial Institute” displaying its credo, “Semper Gluteus Maximus.”  Babbitt captured the event with his 16mm camera. 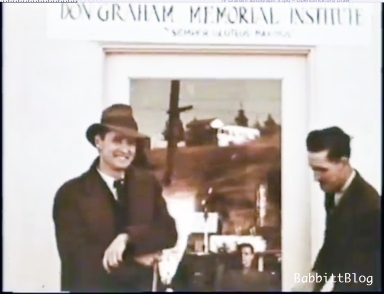 Graham, left, at his own Memorial Institute

Later in his life, Graham inscribed a copy of his book to Babbitt, “To Art – who started me out in the animation business/ My great appreciation / Graham – 1971”

Even Frank Thomas credits Babbitt with originating the in-studio art class, saying at Babbitt’s memorial service in 1992, “Like the art class thing, Walt picked up on it and said, ‘Hey, we’ve got to that going here at the studio and have everybody do it!’ So everybody did do it.”

Today, in every major animation film studio in the world, artists are offered private art classes within the studio walls.  They consider it an essential part of the process, but it was Babbitt who thought so first.

(More info on the first Disney art class can be found in the article, “A Class of His Own.”)

Update:  Here’s Walt talking about the importance of his in-studio art classes