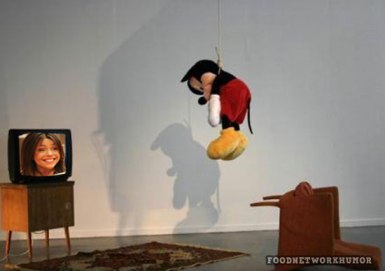 This was reported earlier this evening by Animation Scoop:

A few hours ago, it’s been reported on the social network by a veteran Disney animator that the remaining 2D animators have been laid off as well.

Up to now, there have always been some traditional pencil animators on staff, even if they were being used for Research and Development.  For instance, although Wreck-It Ralph was a CG film, some character tests were animated with a pencil.   However, this marks the first time since the Disney studio began in 1923 that no hand-drawn animation is taking place.

It’s times like these that I wonder what Art Babbitt would think.  I have no doubt he’d side with Walt on this one.  He’d talk about the limited stories that have been told with CG animation, and how you’ve got to be an idiot to think that a few pixels make a film a better story.  But I’ll leave you with this:

This entry was posted in Animation, Disney. Bookmark the permalink.