Yesterday’s news that Margaret Thatcher passed away left me with recollections of the musical “Billy Elliot.”  Did you manage to catch this show while it was on Broadway?  Its backdrop is the tumultuous UK coal miners’ strike in the 1980s, and Ms. Thatcher is vilified by the “strikers” in caricature, ridicule and song. 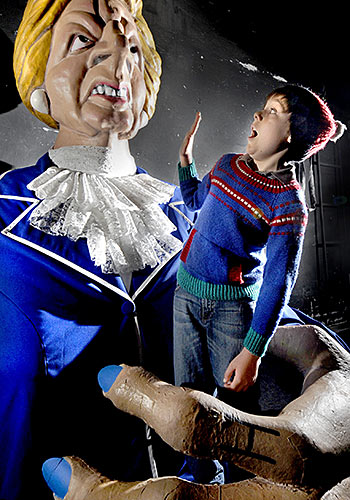 It kind of reminded me of the the Disney strikers.

My father, who was arrested for striking with with his fellow teachers against the Philadelphia public school district in 1972, had this to say about the practice:

You take away the people’s right to strike and you take away the only power they have.  They have no money to offer, but what they can do is not work.  There’s a term for when you’re not allowed to strike: “involuntary servitude.”

My friend and writer Josie Glausiusz, a bonafide Briton who was a budding young thinker during Thatcher’s political reign, had this to say:

It was well known for a long time that the coal mines were not profitable and previous Labour governments had been subsidizing the mines for years. Labour governments would never have done what Thatcher did because the Labour Party was founded by the unions and received major support from the unions, which had voting rights within the Labour Party. In retrospect I don’t think it was so terrible that many of the mines were closed, although thousands were put out of work. Coal is a very dirty, polluting fuel, so from an environmental point of view it was probably a good thing.

She was a polarizing figure – most people either loathed her or loved her. I did not agree with many of her policies – cutbacks in social services, support for nuclear weapons. However, I was actually rather surprised and dismayed to see many of the hateful comments on Facebook posted yesterday – for example “Maggie Maggie Maggie, Dead Dead Dead.” (Demonstrators used to yell “Maggie Maggie Maggie, Out Out Out.”) Whether you agree with her actions or not, I think that as a Prime Minister who transformed Britain, she deserved a modicum of respect – especially when you think about the fact that when the very popular “New Labour” succeeded her in 1997, they more or less continued her policies.

This entry was posted in 1941: The Disney Strike, Disney, Labor, miscellaneous and tagged Reluctant Dragon, Strike. Bookmark the permalink.