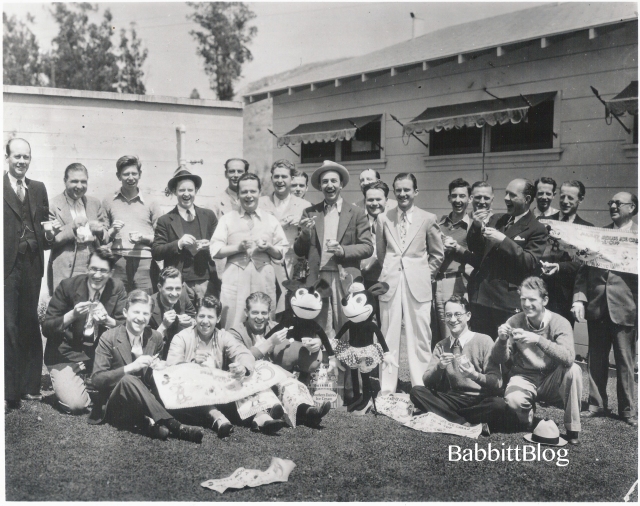 I love this photo.  This was taken at the dawn of the Disney Golden Age.  Walt’s brother and business partner Roy had secured licensing deals, and with extra money from Mickey Mouse ice cream, wristwatches, cereal, etc., Walt had the freedom to start really dreaming big.  He could invest more and more money into his short films for his secret dream.

Around 1933, when Art Babbitt had earned his place but before the entry of friend and colleague Bill Tytla in 1934, Walt told Art about his plans for a feature film – a huge gamble of an experiment.  But with extra revenue and a staff of young brilliant artists, Walt was ready to take that chance.