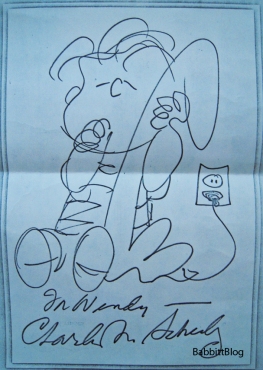 A Schultz drawing for one of Babbitt’s daughters

Ever since it was announced last month that Blue Sky Studios (of Ice Age fame) is bringing Charles Schulz’s Peanuts franchise to the screen, there has been a lot of brouhaha about it.

Art Babbitt met Charles Schulz in the early 1970s through their common friend Bill Melendez.  Melendez was a Disney animator who became friends with Babbitt through the Disney Strike, and went on to direct all the Peanuts and other TV specials.  Charles Schulz (aka “Sparky”)’s friendship with Art and his wife Barbara continued for years, with visits, letters and drawings. 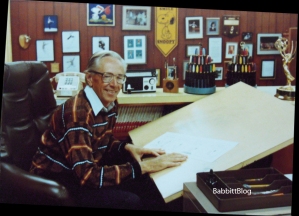 So does Blue Sky have a good thing going?  Is there a taste in today’s world for the Peanuts gang?  Stephen Lynch thinks so.  WARNING:  Not Safe For Work!