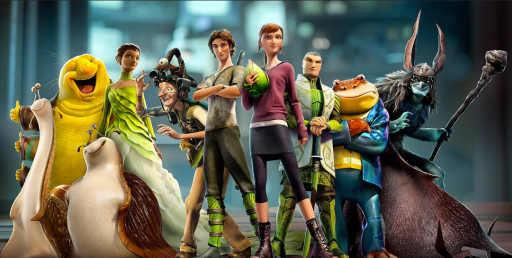 Last fall and winter, I had the pleasure of helping out the storyboard department on the feature film Epic for Blue Sky Studios.  I was only on the project for a few months, but it was the first mainstream feature film to feature my name in the credits (my first indie feature was Sita Sings the Blues).

There’s something very special about seeing your name in the credits of a film.  Only in the early 1980s did the Disney Studio start putting every crew member’s name on the film credits, down to the last production assistant and inker and painter.  While hundreds of artists worked on films like Snow White and Pinocchio, only a few dozen were credited.  The day Art Babbitt’s mother went to see Pinocchio, she jumped out of her seat when Art’s name appeared on the screen, pointing and hollering with joy that that was her son.

Film credits were a huge point of contention at the Disney Studio in the old days, and proper credits were one of the demands of the strikers.  Ward Kimball wrote in a private letter that all the guys who were irate at the lack of credits would drown their sorrows in booze and sex and move on with their lives.

True loyalists didn’t see what the problem was.  Walt had his name on the studio, so of course his name is the only one entitled to be on the film and every other name is a charitable gesture.  Film credits, however, are a source of pride in one’s work, and a badge of honor and a little power to always take with you.  Union agitators at Disney were convinced that the studio needed its artists more than the artists needed Disney, and that the Studio was trying to prevaricate with the opposite.

When Richard Williams’ Studio produced Raggedy Ann and Andy, each animator is identified by the character he or she animated, truly like an actor playing a role.  Of course, Williams had spent a lot of time with Babbitt, who he identified as the legend-in-residence.  A noble tradition that unfortunately didn’t catch on. 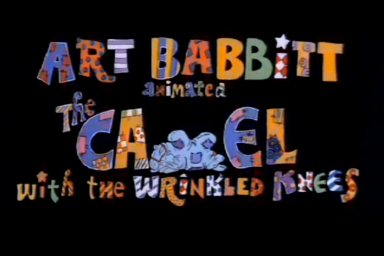 After the Strike, not only did the features start displaying a more complete list of credits, but the Disney shorts included names of the artists and writers for the first time.   Once Disney allowed the union, other animation studios followed suit.

And today, an artist who had a few months of work on a feature film gets to have his name attached to a computer-animated feature.  Which reminds me –  Epic is in theaters now, and it’s a lot of fun.  So enjoy it, and look for my name!