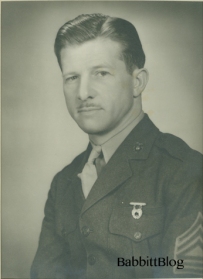 Art Babbitt of the U.S. Marines during WWII

Happy Memorial Day, America!  In honor of our troops, past and present, I give you a sampling of some records of Art Babbitt’s military history.

If you worked in Hollywood at the outbreak of America’s involvement in WWII, you may have wound up at one of several bases in the U.S. that produced military training films.  In 1942, Disney animators John Hubley (striker), Willie Pyle (striker) and Bill Hurtz (striker and Art Babbitt’s former assistant) found themselves working together at the First Motion Picture Unit in southern California, under the direction of rising Disney animation star, Frank Thomas (non-striker).

Art Babbitt joined the U.S. Marines Corps on November 5th, 1942.  On December 3rd, he became a Staff Sergeant (EPR) in the Marine Corps reserve, and he was honorably discharged at the war’s end on October 29th, 1945 as a Master Technical Sergeant.  From what I understand, he was a human GoogleMaps, using his artistic skill to illustrate enemy terrain for air attacks.  As he writes in a hand-written note,

“I stayed in the Marine Corps Motion Picture Unit about 2 or 3 months – then was transferred to Terrain Intelligence.  That’s how come I served over-seas.”

In another lengthier note written on animation paper, he writes to an unknown recipient: 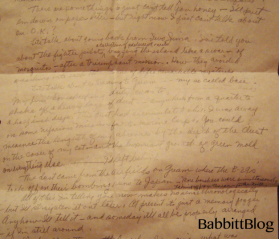 “There are some things I just can’t tell you honey – I’ll put them down on paper later – but right now I just can’t talk about em, O.K.?

“Let’s talk about going back from Iwo Jima. I’ve told you about the fighter pilots, a collection of adolescent nuts buzzing the island like a swarm of mosquitoes – after a triumphant mission.  How they avoided smashing into each other is one of life’s remarkable mysteries. 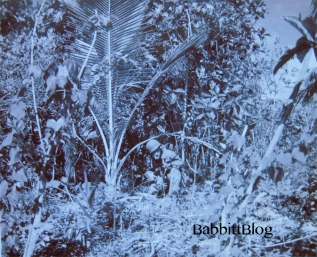 “Let’s talk about returning to Guam — my so-called base.  My first housekeeping duty was to shake off a heavy layer of dust – – anywheres from a quarter to a half inch deep.  This dust had accumulated while I was away on some nefarious mission for the Marine Corps.  You could measure the length of my absence by the depth of the dust on the cover of my cot – and the luxuriant growth of green mold on everything else I’d left behind.

“The dust came from the airfields on Guam where the B-29’s took off on their bombing runs to Japan – More bombers were simultaneously taking off from Tinian – from the North.

“All this I’m telling you know makes no sense chronologically – but I’ll straighten it out later.  At present it’s just a memory fogger.  Anyhow I’ll tell it – and someday it’ll all be properly arranged  – if I’m still around. …”

Besides these stray notes Art Babbitt left behind, he also kept a military diary in the spring/summer of 1945, and he made some audio recordings of his war stories as told to his wife, Barbara.  He also saved some of the cartoons he doodled during wartime! (He is an animator, after all!) 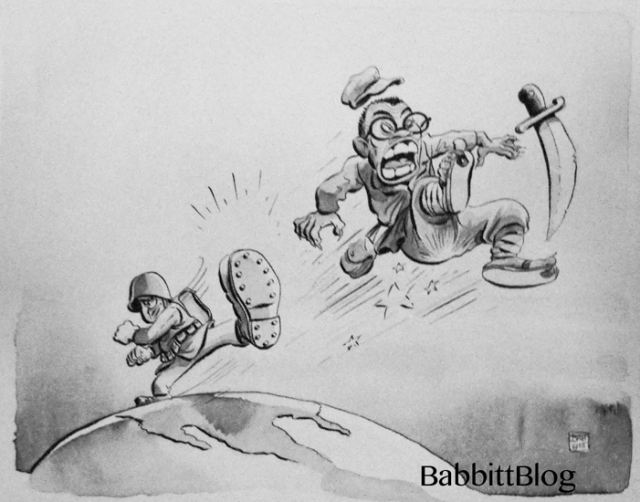