Welcome to the world of…Art Babbitt!

Of all the people who have put their mark in the history of animation, nobody has affected it more significantly in as many diverse ways as Art Babbitt.

I’m Jake Friedman. Like Art, I have been an animator, a teacher and an activist.  I’m also Art Babbitt’s authorized biographer and his story, in its own way, is also a history of of animation.

Some ways in which Babbitt is already renown:

He was a top animator at Disney before and during the production of the greatest animated films of the era, and he also developed Goofy into the character we know today.  He had made his mark BEFORE there WAS a “nine-old-men” qualifier for Disney’s top artists.

He led the infamous Disney labor strike in 1941, which successfully made the Disney studios a union shop.  He was not the orchestrator, but he was the figurehead, and a voluntary martyr for the cause.

Finally, he was the first true innovator of animation education.  You can read about it in my article for the Animation World Network.  In fact, his knack of teaching animation helped develop the skills of a certain studio to animate Who Framed Roger Rabbit, which helped cause the animation renaissance of the late 1980s and reinvigorate the public’s love for the golden age once more. 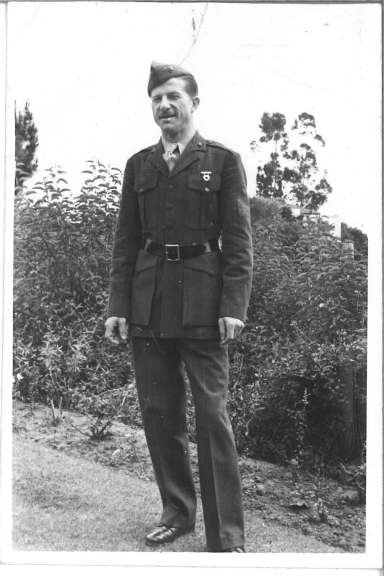 But what makes Babbitt so fascinating is that there was drama everywhere he went.  From New York’s Depression-ridden inner city to the rising labor unions of Hollywood, to World War II and then the communist witch hunt of the 1950s, Babbitt was a player in some of the most dramatic moments in America’s 20th century. And he wasn’t just a passive player – he was PART of it! He had strong opinions and he wasn’t afraid to act on them. He was a do-er, which, frankly, is the perfect sort of character to write about.

As I study Art Babbitt, I quest for clues about who this person was who could make such an impact, behind the drawing board and in a public forum.  Many items have surfaced in my research that help me learn about the folks who were there that were part of the development of animation. After all, Pixar would not be Pixar if not for the people who made Snow White, and those people had started on crude, flat animation before they began their creative strides. It all started with kitchy flickering drawings on film, and Babbitt was one of the shakers that made animation what it is today.

So if you’ve ever been touched by a piece of animation, a character that may have moved you which was nothing more than a rendered image on a flat screen, I hope you enjoy this chronicle (in blog form) of Art Babbitt.

This entry was posted in miscellaneous. Bookmark the permalink.

3 Responses to Welcome to the world of…Art Babbitt!